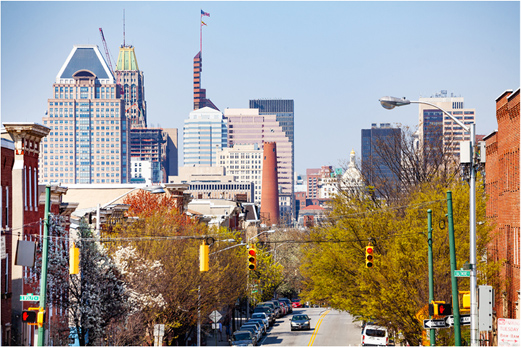 1. How to Request Permission to Reprint Information
To reproduce material (photographs, text, graphics, illustrations) that you’ve seen on our Web site, please request permission by emailing, writing or faxing us for reprint rights:

2. Privacy Policy
We do not give out your telephone number, address or other information of any kind, unless you authorize us to do so in writing. We are here to protect you – period – end of sentence, from thieves and hackers.

This site does, however, contain links to other sites. While we know these sites to be beyond reproach when it comes to your privacy (otherwise we would not be recommending them), we can not take responsibility for the privacy policy or the contents of such websites.

Contact Us:
If you have any questions about this privacy statement, the practices of this site or your dealing with Auditors Inc, we may be contacted at:

All materials contained on this site are protected by United States copyright and patent law and may not be reproduced, distributed, transmitted, displayed, published or broadcast without the prior written permission of Auditors Inc. You may not alter or remove any trademark, copyright, patent or other notice from copies of the content.

However, you may download material (not for sale) from embezzlement.com (one machine readable copy and one print copy per page) for your personal, noncommercial use only.

You understand and agree that any material and/or data downloaded or otherwise obtained through the use of embezzlement.com is at your own discretion and risk and that you will be solely responsible for any damage to your computer system or loss of data that results from the download of such material and/or data.

ADAMS — The legal definition of embezzlement is the act by which someone fraudulently takes ownership of some property that has been entrusted to him temporarily by another party.

It can even be a family member.

Det. Lawrence Ordyna of the Adams Police Department said Friday that embezzlement often occurs because the employee has built a trusting relationship with the business owner.

“You have a business, and I’m talking a major business with a lot of financial stability, where the owner trusts the bookkeeper,” he said. “It’s up to the accountant to come to the owner when there’s a problem. Sometimes businesses have two people, the bookkeeper and accountant, to watch things. But usually for small businesses, no, medium businesses, some [have two], and larger businesses, definitely.”

So in many cases, there is only one person who handles the books and financial aspect of the business, he said.

“Often times only one person does the books, and they can even get things past auditors if they manipulate the paperwork right,” he said. “It usually goes unnoticed until the business notices they’re losing money or they’re not doing as well. Most people take small amounts over an extended period of time, so it’s not easily detected.”

Business today is often transacted through checks rather than cash. Because of this, taking money can be easier to hide over a period of time, Ordyna said, but also, easier to track once the problem is discovered.

“Checks definitely leave a paper trail, that you can usually track back to the bank to begin comparing figures,” he said.

Buell said he has come across some cases that involved more cash than checks. But once he started looking at bank statements and checking who had access to the deposits, it often lead to one person handling the money.

This leads to the number one practice that can save business owners from embezzlement, which is to understand and check your own books.

“Take the time once a month to go through paperwork,” Ordyna said. “Go through the book work just to make sure the numbers match up, and look up people’s accounts. Because that’s where you might see numbers crossed out or messed up figures.”

Another good practice is to do thorough background checks on new employees, no matter what kind of reputation they bring with them.

“Then make sure people know they will be watched, and watch them,” Buell said. “Because the only fool-proof way is to do the books yourself and do the deposits yourself. And I know that isn’t always cost-effective for smaller businesses. It’s difficult to put in a system of checks and balances with less employees.”

What especially makes it difficult to spot an embezzler is that many are seen as exemplary employees by both customers and the employer.

William Elder, owner of McClelland’s Printing of Williamstown, found out his bookkeeper, Jayne Manoogian, had embezzled $271,000 from his company, after she worked there for 15 years. And the reason he trusted her, he said, is because she had a good rapport with both the employees and customers, and never caused any trouble.

Ordyna said many embezzlers do not buy lavish gifts or do anything out of character like take extended vacations with the money.

“In my experience, the people either have debt or a drug addiction,” he said. “Most people don’t go out and buy expensive things like cars or homes.”

Elder reported Manoogian to the police after his accountant was able to track down some of the discrepancies in their books. Such a large sum of money made a difference in the business’ finances after a number of years.

Ordyna said most cases he’s been involved in have dealt with figures, large and small, that either would have put the company “in the red” or out of business. Others that he heard “through the grapevine” and weren’t reported would not have affected the company’s operation as much.

Ruth Crane, a bookkeeper with Auditors Inc., in Maryland, who helped to create https://www.embezzlement.com/, said embezzlement “is the last of the financial scandals primarily hidden in the closet, with the average embezzlement being $125,000.”

Crane, along with two other long-time bookkeepers, polled over 200 certified public accountants in their area, and in Virginia, Delaware, and Pennsylvania, to come up with an idea of how much embezzlement gets reported. They found out that 20-40 percent of small businesses in that area are embezzled from, but only 2 percent are reported.

“It’s a serial crime. People who do it don’t normally do it once,” Crane said. “They often times just pay the restitution and move onto somewhere else.”
Crane said she herself has come upon a check that had her signature forged on it, and has spoken with dozens of other business owners who have been the victim of embezzlement.

“This may sound strange, but I’ve noticed that victims of embezzlement use the same language as rape victims to explain what happened,” Crane said. “I consider it fiscal rape. They talk about the violation, the embarrassment, the shame, sometimes they feel partially culpable and don’t want anyone to know.”
Punishment for embezzlement often depends on the situation. For over $250, one type of sentencing can be no more than five years in state prison and no more than a $25,000 fine, although that fine can be tripled, Ordyna said.

In Manoogian’s case, she was sentenced to one year in jail, five years probation, and ordered to pay the remaining restitution, $221,950, after the business’ insurance covered a small amount.